When I was a teenager, my sister and I would drive to a tree farm and cut down our own Christmas trees. One for her house. One for my parents’ house. We didn’t make the trip every year, but we did it enough that I became fond of the tradition.

When my ex-girlfriend and I started dating back in 2002, we thought it would be fun to drive out to that same farm and cut down a live tree.

On our way east, a parade completely shut down Route 125, leading to a detour, and the detour was so backed up that we sat in traffic for almost 3 hours. The drive was only 30 miles. That’s an average of 10 miles per hour and 5 rage fits per minute.

We finally arrived shortly before closing, and for some reason, I thought a butter knife would be sufficient for cutting through the trunk of a pine tree. I was sadly mistaken. Okay, so it wasn’t a butter knife, but the saw I used had the dullest blade ever. My Dollar Shave Club (tell them Steve sent you) razor would have been a better choice.

The farm was closing soon, so I sawed, and sawed, and sawed with all my heart. After (what felt like) three months of sawing, our tree finally fell to the ground. The muddy ground. Did I forget to mention it was unseasonably warm that day, it had rained the night before, and we were walking through mud puddles the entire afternoon?

We were already having a miserable day, so we escaped tree hell as soon as possible. No hayride. No hot chocolate. No Christmas caroling. None of the reasons that actually made the excursion fun. Instead, muddy feet in my car, our tree tied to the roof, and two annoyed people sitting in silence. (Note: Not us pictured below. Photos by Brooke.) 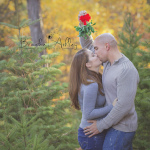 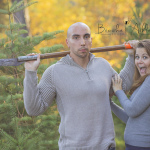 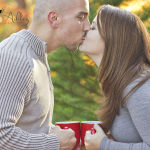 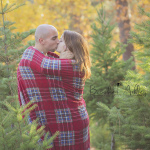 We got back to my apartment and realized the tree wouldn’t stay vertical because I had expertly sawed the trunk at an angle, and the tree stand kept tipping over. So, I started sawing again … with that same dull blade, and I was literally making zero progress. Not exaggerating here—I sawed for an hour and the trunk had a mark the size of a paper cut. I was so frustrated and, predictably, taking my anger out on my ex. We finally drove to the store and bought a new saw. Amazing how much easier it is to saw through wood with a sharp blade.

A few minutes later, our tree was ready to be decorated.

And decorate, we did. Dozens of ornaments, hundreds of lights, and, of course, the star on top. After a very long day, our tree was finally finished (and looking exquisite). As we sat and basked in its beauty, the damn tree fell over. Sap-filled water went everywhere, ornaments broke (including an ornament that had been passed down in my ex’s family for a long time), and pine needles invaded my carpet like an army of skinny, green demons.

I snapped and vowed never to get a live tree again. But then …

In 2005, I was living with approximately ten friends at the Riddle House (long story involving a lot of animal sacrifices and group showers), and when Christmas rolled around, Aaron (the patriarch) and I went shopping for a tree. After checking a couple of places, we ended up at a lot in Hyde Park. We found the perfect tree, and while Aaron was finalizing the purchase, I noticed a cat hanging around the nearby house. It looked like a nice cat, so I reached down and started petting it. After a couple of minutes the cat decided it was tired of my affection and chose to bite the hell out of me. The dude selling the trees was like, “Hey, that wasn’t very nice.” I said it wasn’t a big deal, that my family cat did the same thing all the time. And then he replied, “Oh, it’s not even our cat; it just kinda hangs around here and the people upstairs feed it.”

I said, “Oh, that’s perfect,” and pretended like the cat didn’t break skin, even though half of my hand was missing (I’m exaggerating a bit). But deep down I knew—I had the rabies and my days on this planet were numbered.

What a wonderful Christmas miracle to contract the deadly kitty rabies.

I had a nice gash in my hand as a reminder of my encounter with Catjo, but at least the tree looked nice.

I vowed never to get a live tree again. But then …

Liz (then my girlfriend, now my wife) and I went to that same tree lot during our first Christmas together in 2007, bought a live tree for my apartment, and decorated it. The tree was beautiful and provided many hours of enjoyment. In fact, here it is:

Keep in mind, the picture is a little grainy because it was 2007, and I’m pretty sure I snapped this with my Motorola Razr (best phone ever), but you get the point. Lovely, wonderful, gorgeous tree.

But the holiday season took a turn for the worse on December 28, 2007.

That morning, I woke up and watered my Christmas tree. When I brought the glass back into the kitchen, I noticed there were several bugs around its rim. So, I went back into my living room and looked at the tree, and you guessed it, there were bugs everywhere. I know people exaggerate these kinds of stories, but this is no exaggeration—there must have been 200 bugs on the floor under my Christmas tree. They were these spider looking things (luckily, they were big enough to see, and slow enough to be easily killed). I went to work killing as many as I could find. It was disgusting. When most of the bugs on the floor were dead, I realized I had to get rid of the tree as soon as possible. Of course, the only way to accomplish this was to stick my arm inside of the tree (into a potentially huge nest of bugs) and carry it outside.

Anyone else just shiver thinking about it?

After a few minutes of freaking out, I grabbed the trunk and leapt down my stairs (tripping and almost breaking my ankle in the process). Pine needles flew everywhere, but the tree eventually made it outside. Once I was safe, I looked at the base of the trunk and saw hundreds of bugs. The tree was infested.

I went back into my apartment and spent another thirty minutes killing the remaining spider-thingies. Then, I spent the next thirty minutes sweeping up the pine needles (and additional bugs) from my hallway and staircase (I’m itching like crazy just writing this story). After taking care of the common areas of the house, I went back into my apartment and cleaned like a madman. Finally, after feeling my skin crawl (I never knew what that felt like until December 28, 2007) for the better part of two hours, I took an amazing shower. A long, scalding, bug-murdering shower.

My beautiful, perfect, fantasy-come-true Christmas tree was infested with bugs. The outside was gorgeous; the inside was a ticking time bomb.

I vowed never to get a live tree again. But then … 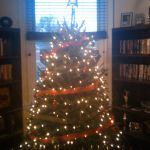 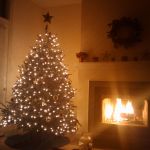 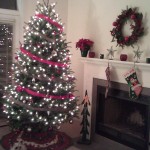 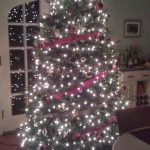 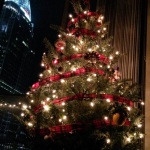 And they’ve all been great. No tipping over. No spider families.

Because you can’t give up. You can’t quit. With little things like Christmas trees, but mostly, with the big things in life like relationships, businesses, organizations, goals, hopes, dreams.

Everyone fails. Everyone falls down. Some people stay down. They quit. People who accomplish amazing things just keep getting back up. Natural talent matters, but we’re all good at something. Skills matter, but you can learn those. The key difference between successful and unsuccessful people isn’t how much they fail, because we all fail all of the time. The difference is that successful people ultimately get back up one more time than they fall down.

Perseverance is one of the greatest gifts you’ll ever give yourself.

Featured Storyteller
Steve Fuller is a Professor of Communication at the University of Cincinnati and a Rebel Storytellers co-founder. In 2009, Steve completed The Church Experiment, visiting 52 places of worship in 52 weeks and documenting his experiences here. His hobbies include podcasting, eating Graeter's ice cream, having his heart broken by Cincinnati sports, and getting angry at complete strangers on social media, Steve, his wife, and their Cairn Terrier call downtown Cincinnati home.