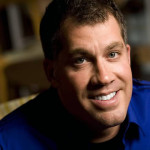 I just watched Robert Reich in Inequality for All. Yes, yes, I know. I’m a couple years late to the party; get off my back. Part of me is a sucker for anything injustice related. I love documentaries about injustice, books about injustice, songs about injustice, and so on. Just to be clear, though, I despise the actual act of injustice (lest you thought I was some sort of injustice sadist). I actually consider myself a generous person. And I happen to be married to the most generous person I have ever met. So, monetary injustice strikes a chord with me, and so did this movie. However, as I watched the super rich explaining how they take advantage of tax loopholes and off-shore investing, my mind couldn’t help but wander. What would I do with all that money?

I would pay someone to loofah me. Sure I can loofah myself, but why would I?

I would eat a whole sampler platter of Cheesecake Factory cheesecakes and then have someone jiggle my fat FOR ME until it melted away.

I would only fly First Class and buy the seat next to me. I’m not much of a talker on flights. Plus where would my new Bichon Frise sit?

I would buy a brand new loofah. For the above loofahing.

I would hire the band Enya to sit next to my bed and sing me to sleep. Is Enya still a thing??

I would rent out IKEA for several hours just to walk through without having to sidestep tantrum kids or oblivious pathway hogs.

I would find the perfect loofah containing an ultra-rough exfoliating side and extra smooth caressing side. And buy the whole lot.

I would hire out my own selfies. My arm gets tired.

I would fill a swimming pool with liquid peanut butter. And I would lay out using chocolate sauce as lotion. The SPF of chocolate has got to be high. And when I swim it’s nothing short of delicious.

I would buy Richard Pryor and have him delivered in a box. Then I’d open the box and let him go. Cause that crap was ridiculous.

I would host loofah parties. BYOL

A college dropout, church pastor, and international arms dealer all walk into a bar … Luckily it’s not a huge tab because they’re all the same person. Chris began his college career in medicine and ended it (short) enrolled in religious studies. After several years in church work, Chris moved onto the next logical step: Dealing firearms, of course. More than a decade later, he’s still arming the world while also dabbling in comedy and acting. He sees himself as the William Hung of the writing world. No formal training, but overly enthusiastic and off key. You can follow Chris, but he may call the cops because he’s not on Twitter, so that would just be considered stalking.