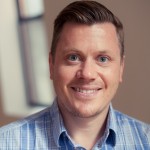 I took my wife snowboarding when we’d been married for six weeks. It was the right time. She’d never been before. I on the other hand found traversing the Colorado mountains on a snowboard far more important than a college education.

We decided to go to one of the smaller mountains where the summit wasn’t quite 13,000 feet. It was the safe thing to do.

After arriving and spending a couple of hours practicing her craft on the bunny slopes I decided it would be sensible for my newlywed wife, Jubi, and I to make our way up the mountain for a more challenging endeavor. The sun was setting, the mountain near closing, and there was no way I was paying the lift fee without ever taking the lift. We were headed up the mountain for some real snowboarding.

The lift ride gave my wife some time for reflection, which manifested itself with a shriek followed by a loud, “There is no way in Hell I’m doing this Jonathan!” Our vows were still fresh off of the tongue and not forgotten. I promised to put my wife before me and that’s what I was going to do.

“Jubi,” I said, “you have confidence issues and I’d be a terrible husband if I didn’t push you to face your fears head on.”

We got off the lift, strapped on our snowboards, and made it about 20 yards before Jubi face planted and slid face first another 20 yards down the mountain. She got up and looked at me.

As a loving newlywed I responded with much grace and wisdom.

“Stop crying and get over it!”

My wife got back up, not so much out of resolve but more out of furious anger. She went another 20 yards before catching air and sliding on her backside all the way down to where I was waiting.

“That fall wasn’t so bad.” I said it in an encouraging and loving tone.

At the top of the mountain she took off her snowboard and began walking teeny tiny steps that ensured she’d make it to the bottom of the mountain in roughly three months.

“You can’t do that!” I suddenly became the ski patrol.

Jubi kept walking. “Way to get over your confidence issues!” I was grasping for words, authority, answers, and Jubi kept walking until she slipped. She lost her footing and began sliding down an almost 13,000 foot mountain about fifteen minutes before closing time.

While she slid down the mountain, in a moment of sheer instinct, my newlywed wife let go of her rented snowboard. The snowboard went shooting down the mountain. My wife caught herself long enough to where she could stand again helpless, close to the summit of a very tall mountain at closing time.

I looked at my wife.

I looked at the rented snowboard speeding down that mountain.

I remembered that I was a first-year school teacher and that snowboard speeding down the mountain was going to cost about half of my yearly salary.

As a newly married, and loving husband I did what I knew was best for the long-term good of my family.

I left my wife and took off after that snowboard.

I gave it my best effort but I didn’t find the board. It went over a cliff, into some trees, and I never saw it again.

My wife was missing too.

I was at the base of a closed mountain with no snowboard, no cell phone, and no wife. I waited 30 minutes, then 60, then 90 minutes. Finally, off in the distance I saw a ski patrol snowmobile slowly making its way down the mountain. On the back of the snowmobile, holding tightly to the good-looking man on ski patrol, was my newly married wife.

They came to the base of the mountain where I was standing. The man on ski patrol said nothing as he looked at me. As he walked by he gave me the most disapproving head nod I’ve ever received. I still feel the shame in my bones when I think about that head nod.

My wife followed behind him. She had nothing to say. She didn’t even give me the satisfaction of a head nod, just a motion with a single finger as she made her way to the lodge.

I paid for that snowboard and met my wife at the car. The ride was tense with silence interrupted by the staccato breathing one has when they haven’t finished crying. And then, in the midst of the tension, the tears, and the breathing, my wife spoke, “We will never talk about this. Ever! I will never laugh about this. Ever!”

I didn’t know this side of my wife. We’d only been married for six weeks.

Now? We laugh about this story all the time. We laugh, we bond, we’re strengthened.

The truth is that the broken, painful, and foolish life events end up becoming the most meaningful, the funniest, and the most unifying parts of our lives, our marriage, and our story. There is no story if it weren’t for the bad parts. I’d like to think that this story is what Jesus meant when he spoke of the renewal of all things.

That’s not something you can learn in just six weeks.

After teaching 5th grade in West Philadelphia for 7 years, Jonathan took the logical next step and decided to start a church. Jonathan and his wife, Jubi, moved with their two young daughters to New York City where in 2011 they started Forefront Church in Brooklyn, New York. Jonathan is currently the senior pastor of Forefront NYC, where he oversees Forefront Brooklyn church as well as Forefront's sister location in Manhattan. Jonathan and his family reside in Brooklyn where they spend much of their time rooting for the New York Mets, chasing pigeons, and feigning knowledge of Indie bands known only to those who live in New York.