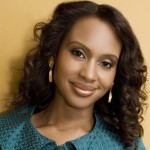 Surrounding the week of Easter there were quite a few broadcasts that featured the story of Jesus and his resurrection. It’s always interesting for me to see how closely these types of programs come to Scripture and whom they cast in the various roles. So I watched. And to my surprise, it wasn’t the misquoting of scripture or any blatant misinterpretations of the Bible that gave me pause. It was one simple phrase that was used in each episode, which seemed to become a subtle, but running theme. “Look within.” Look within to find truth. Look within to find God. In each instance Jesus was the one saying it and it could have easily been lost in all the other dialogue. But for some reason, it stood out to me and I was bothered by it.

The phrase “look within” most likely came from the King James Bible translation of Luke 17:20-21. After being asked by the Pharisees when the kingdom of God would come, Jesus answered them,

It is important to note that the Greek word entos is translated in the King James Bible as “within,” but it is interpreted in other versions of the Bible as “in the midst” (NIV) or “among” (NLT). I will not argue which interpretation is correct, but I will urge you to consider the dangers of using this phrase out of context, especially in the beauty of cinematic expression. Does Jesus indeed believe that the kingdom of heaven is within these same Pharisees he told,

“You are like whitewashed tombs, which look beautiful on the outside but on the inside are full of the bones of the dead and everything unclean.” (Matthew 23:27 NIV)

I believe this simple, and seemingly non-threatening statement, “Look within,” when attributed to Jesus and used out of context, has the ability to deceive many into thinking that Jesus’ teachings are in line with New Age philosophies. It also makes it seem as if he agrees with the teachings of people like Japanese Zen Buddhist, Dogen, who said to “look within” to find truth or with 2nd Century Roman Emperor and philosopher, Marcus Aurelius, who in Meditations, wrote, “Look within. Within is the fountain of all good.” At first glance, one may see it as harmless and think that there is no real issue here. In fact, it may be seen by some as a unifying statement that brings Christianity, Buddhism, New Age Religions and like philosophical beliefs into a place of coexistence. What’s the harm in that?

The harm comes when we decide to look within, believing there is truth, goodness and God, but instead we find falsehood, sin, and an imperfect being, in which we choose to place our trust. When we look closer to the teachings of Jesus elsewhere in Scripture we find that what Jesus says is “within” is not truth or the fountain of all good. Instead, we find him saying to the Pharisees in response to them asking about the disciples eating without washing their hands,

“What comes out of a person is what defiles them. For it is from within, out of a person’s heart, that evil thoughts come—sexual immorality, theft, murder, adultery, greed, malice, deceit, lewdness, envy, slander, arrogance and folly. All these evils come from inside and defile a person.” (Mark 7:20-23 NIV)

Hmm. Pardon my English but, ain’t nothing good about that! And by that I mean there is nothing good about it. So, if we are believing our inner voice to be our best teacher or final authority and the attributes listed in this passage are what we are pulling from, we will end up digging a pit for ourselves so deep that it will be impossible for us to escape without God’s help.

Maybe that’s the problem. Maybe some of us are stuck because we’ve bought into this message, which tells us to look within ourselves to solve our problems, so we think our way is best. The truth is, if we’re looking within and we do not have the Spirit of God within us, then we are tapping into the wrong power source. We are in danger of succumbing to selfish ambition, foolishness and sin. But if we tap into the source of true power, the Spirit of God, then we will find ourselves getting unstuck and beginning to walk in selfless determination, wisdom and goodness. And there lies the abundant life.

Kim Anthony is an author and speaker with a passion to see others succeed. She enjoys encouraging leaders to lead out of “emotional strength” by helping them to overcome some of the common obstacles that prevent many from having more effective and enjoyable professional and personal lives. Anthony also serves on staff with Athletes in Action, where she has the privilege of impacting the lives of some of the most prolific influencers in the world of professional sports. Anthony travels the country sharing her inspirational messages of hope, forgiveness and purpose to audiences ranging from inner-city youth to corporate executives. She is also having a notable influence through her book, Unfavorable Odds. Here, she shares how she was able to overcome the difficulties of growing up amidst drugs, violence, and financial hardships and still achieve her dreams of becoming a world-class gymnast and UCLA Hall of Fame inductee.