“You’re being such a good sport about this.”

That’s the response I usually get, after I go through the whole spiel.

It’s called Bell’s Palsy, half of my face is paralyzed because of an inflammation of the facial nerves. No one knows what causes it. Yes, it’s temporary, should be improved in a few weeks, complete recovery could take six months. Yup, just happened, one minute to the next. No, there’s nothing I can really do but wait.

It’s been 10 days, and I wish I could just hand out a brochure.

To put it eloquently, it’s the dumbest thing that’s ever happened to me. It feels so pointless. Maybe if I had done something to cause it, or if I could do something about it, it would feel less stupid. It could be worse, I tell myself. At least it’s not deadly, or permanent, or X, Y, Z. But it also could just not have happened.

I don’t feel like a good sport. If I could I would spend the next six months in bed, hiding from the curious looks and questions about recent dental work. I want to tell everyone about the first night I spent in tears in the bathroom, trying and failing for forty-five minutes to find a way to tape my eye shut so I could sleep. About the hours I have spent in front of the mirror trying to get the right corner of my mouth to even twitch. About the frantic texts I sent the morning after a highly photographed event, begging friends to stop posting pictures of my half-dead face on Facebook. 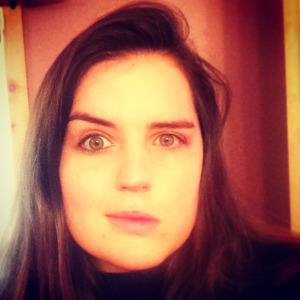 “I don’t really know what else to do,” is my usual response. I put festive stickers on the eye patch I have to wear at work to protect my eye from dust and horse hair. I make jokes about “the Palsy” every chance I get, and try to brush it off like it’s no big deal. Because, in the long scheme of things, it’s not.

“This is just another part of your journey,” my mom told me, sympathetically patting my hair.

“Yeah, the dumbest part,” I responded.

Do me a favor and close both eyes. Squeeze them shut so tightly you see spots. Raise both eyebrows. Smile your widest smile. Take a giant bite of a sandwich. Chew. Take a gulp of water and hold it, appreciating the way it doesn’t just pour back out of your mouth. Whistle.

You never know what you’ve got until it’s gone. Including, apparently, half your face.