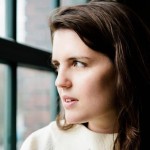 “Do you ever feel like you can only be so much of a good person?”

My friend laughed, but nodded. Probably not the response she was expecting when she asked about my dating life.

“Something’s gotta give,” she said.

“Exactly,” I said. “Like at the beginning of this year, I was writing every day, but I was eating like crap and never exercising, and my house was a total disaster. Then I stopped writing and started cooking again, and kept up with my laundry. Then I started doing the dating thing and all of that went out the window because I was so distracted by swiping and texting. Then I stopped everything because work got so crazy and I couldn’t think about anything else.”

“But now things are quieting down, right? Back to swiping?”

I swirled the beer in my pint glass, knowing what I was about to say was going to sound like an excuse of elephantine proportions to my engaged friend, one of my many friends eager to see me happily coupled off.

“Back to writing,” I said. “I am starting to think I need to write while I’m single.”

Surprisingly, she didn’t laugh, but I launched into my explanation anyway.

“The whole online dating thing, it was fun, at first, and I’m so glad that I tried it, but it was all I was thinking about. I was worrying about the dumbest things, like whether or not I should text someone first or whether or not I could ask someone out, and my whole day would be ruined when some guy I didn’t even like that much didn’t text me back.”

She nodded, took a sip of her beer.

“I’m not saying I’m swearing off dating forever or even right now, if I meet my soulmate tomorrow I’m not going to be like, hang on, I have to write a best-seller first. I’m just starting to realize I can only have one big focus at a time, and right now I want to focus on writing.”

“I get that,” she said, and just then her fiancé walked in the door and joined us at the dark booth in the corner of the bar, and the conversation turned to how have you been’s and plans for their wedding next weekend.

Later that night when I was back home, tucked into bed, I wondered if I was making excuses. I decided the only way to prove I wasn’t, as with any excuse, was to actually do it. To take advantage of my singledom, my freedom, and reprioritize my life. Refocus my energies on something more worthwhile than semi-promising first dates that never really go anywhere.

I noticed my pattern tends to go in two-month intervals. January and February I wrote almost every day. March and April I spent cooking, baking, and started a garden. Mid-April through the beginning of June I was a dating machine, and then summer camp started and June and July were a blur of falling into bed exhausted every night after spending my days trying to manage fifteen kids on horseback.

Because I love to set unreasonable goals for myself, I am challenging myself to three months. Ninety days of writing every single day, with the goal of writing five hundred words a day. I have mapped out five “cheat” days to cover two weddings and a couple days when work events will have me working from sunrise to sunset, to hopefully prevent that debilitating feeling of failure that usually derails me.

Will I have a best selling novel by the end of October? Probably not. But I will have ninety days of prioritizing a passion above everyday obligations. Ninety days of setting a goal and not getting distracted. Ninety days spent nourishing one part of myself that I love, that I often neglect, and letting everything else fall into place around it. Ninety days to see what kind of life that will build.