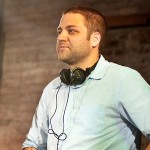 Isaac and I were working on a voiceover script for an upcoming video the other day. We were tweaking one line to read:

We dare to risk because we dare to hope.

Today Leah and I leave with our 3.5 year-old and 11 month-old for a road trip from Cincinnati to Omaha, Nebraska to visit our extended family. It’s about an eleven hour trip. Many friends have told us we’re making a horrible decision. Perhaps a life-ruining decision. That’s too many hours in the car with tiny unseasoned travelers they say (and we feel).

When making decisions (big or small) we often list the pros and cons. In the example of this road trip, it’s likely the cons outweigh the pros. On paper. But there’s the intangible factors that exist in the ether and your instincts that deserve to be counted as well. This is where we start daring to risk because we dare to hope. 40% of me believes while 60% hopes that the stories we’ll create in Omaha will far outweigh the bumps and bruises of nearly 24 total hours in the car with our children.

And so we set out. We will test this theory and have tales to tell.

After spending last week in Atlanta doing work for a leadership conference, it seems a consistent trait of leaders is that they dare to hope. They, like all of us, can’t see the future. They can’t see or know whether the things they put on their pros and cons list will come to be and how the scales will tip. But they dare to risk and find out.

Hope is dangerous as my pal Isaac said while working on our script. It leads us to unknown places. And I wonder if labeling those places and decisions good or bad (pro or con) ultimately hinges on us choosing hope throughout the entire trip.


Dare to risk by choosing hope.