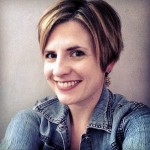 Recently I posted this quote from Alice Walker on Facebook:

Some periods of our growth are so confusing that we don’t even recognize that growth is happening. We may feel hostile or angry or weepy and hysterical, or we may feel depressed. It would never occur to us, unless we stumbled on a book or a person who explained it to us, that we were in fact in the process of change, of actually becoming larger, spiritually, than we were before. Whenever we grow, we tend to feel it, as a young seed must feel the weight and inertia of the earth as it seeks to break out of its shell on its way to becoming a plant. Often the feeling is anything but pleasant. But what is most unpleasant is the not knowing what is happening … Those long periods when something inside ourselves seems to be waiting, holding its breath, unsure about what the next step should be, eventually become the periods we wait for, for it is in those periods that we realize that we are being prepared for the next phase of our life and that, in all probability, a new level of the personality is about to be revealed.

Several people commented it was just what they needed to read, or shared it on their own pages as an encouragement to others. I think this resonates because so many of us find ourselves in that “…” stage—that unpleasant place of not knowing what’s happening or why we feel so bad.

There is “a book or a person” who can give us perspective on this process of growth, if we are willing. As I read scripture and study the lives of the people described there, I’m struck that almost every person God used in significant ways not only experienced major struggle but was also probably confused by it. Abraham was told he would father a nation but had to wait decades for his one son—and then was asked to kill him. Moses eventually became the “God’s gift to Egypt” he always thought he was, but only after that pride was worn out of him through decades as a no-name shepherd in the desert. Joseph spent years in jail for doing nothing wrong. Hannah prayed and cried and prayed and cried for a child. David made a hobby of running for his life from a manic-depressive Saul.

Over and over again, we see people who were required to go through extremely difficult circumstances with no idea of the bigger picture. God asked them to do much harder things than he asks most of us to, and he didn’t give them a playbook or even an explanation. Because we know the end of these stories, we forget that while it was happening these folks had no idea how things would end. Abraham didn’t know God would honor his promise or save Isaac. Moses didn’t know he would lead the Israelites out of Egypt. Joseph didn’t know he’d someday leave prison and save a nation, Hannah didn’t know she’d eventually give birth to a great prophet, and David didn’t know if he’d live long enough to become king. They only knew their current circumstances were just plain hard.

I’m not saying we’re all going to be great spiritual leaders, but we all do have the potential to be people of greater spiritual depth, and it usually requires waiting and preparation and struggle. It’s usually confusing and just plain hard and you never find out ahead of time how the story will end. If you’re stuck in the middle today—if you feel like Moses in year 33 or Joseph after being forgotten by the cupbearer yet again or Hannah crying inconsolably in the temple, I won’t offer you condescending cliches. I get it. But let me be one of the people you’ve stumbled across who reminds you that this is actually necessary if you are going to become more of the you God has in mind, and that just because it feels  craptastic doesn’t mean something’s wrong. You may not know what is happening, but Someone does, and he has a pretty good track record of making the work worthwhile. Hang in.