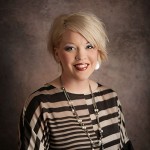 I was recently invited to speak at an international children’s ministry conference in Thailand. To be perfectly honest, the thought of hopping on a plane and traveling so far from home, to speak to so many people who were so different than I am, TERRIFIED ME. So of course, I had to do it. Adventure called, and I answered with a resounding “yes, and”. (See also – the first rule of improv – and a core value at Rebel Pilgrim)

I’ve been traveling and speaking at conferences for almost a decade. I’m pretty confident in my ability to communicate, but the thought of an audience that didn’t speak English as their primary language, in a country so far away, on a topic that isn’t always popular, made me realize that perhaps I had become a bit too comfortable. The fear I felt somehow seemed like an invitation to get so far out of my comfort zone that I would need a passport and God himself to show up for it to work. And show up he did.

Just getting to Thailand took a near miracle with three flights spanning multiple continents, a string of delays and mere minutes between connections (picture me sprinting through international airports with asthma and a post-pneumonia wheeze)– it was clear that the man upstairs wanted me to get to Thailand. He obviously had an agenda for me there.

Thailand met me with a wall of humidity and an air of curiosity. I arrived at the Chiang Mai airport around 11pm Thai time and immediately began a trust fall that would not disappoint. I met a shuttle driver who spoke little to no English and joined a group from China who were also attending the conference for a ride to the hotel. I sat in the van, relieved to not be in a plane, totally exhausted yet wide-awake, and I realized in that moment that my world would never be the same. I was both thrilled and terrified. It’s been a long time since I’ve had that much adventure in my life and it was intoxicating.

The people I spoke to at the conference represented over 40 nations. I don’t even know if I could list 40 nations right now if my life depended on it (and I wasn’t allowed to use the Google machine). My small world suddenly felt HUGE and I was on extrovert overload in the best of ways. It was by far the greatest speaking challenge of my career. I begged God to give me “talking mercies” (if there was such a thing, if not I was hoping he would make something up for me) and an audience with open hearts. As always, he delivered.

I travel and speak on the topic of disability and inclusion in the church. I’ve written about my passion for inclusion here before, and for the first time in my life I was speaking to a global audience. Disability is taboo in much of the developing world, and the opportunity to address this global audience weighed heavy on me. I had more awesome conversations with these leaders than I could begin to cover here, but one thing that stood out to me was that I had been missing an opportunity to really use my voice for those who live in the margins on a global scale. I’ve been communicating solely in this little bubble called the United States of America, and the reality is that God never intended for me to be so insular in my thinking. I was challenged and stretched more by the people at this conference then I could have ever imagined. They had such engaging questions about what inclusion would look like in their culture that I found myself questioning my own inclusive lifestyle back in the US. Could I be doing more to really challenge the status quo? Could I approach what I do differently? The answer was again a resounding “Yes, and….”.

I know God intended for me to care about things beyond my zip code, but I had honestly disqualified myself from thinking I could ever have an impact on the other side of the world. But there I was – a half a world away – brainstorming with other leaders about how we could change the story of global disability. When did my life get this cool? Craziness.

I don’t know exactly what all of that means, but I do know one thing. I don’t need a passport to get out of my comfort zone (though it certainly jumpstarted something in my heart). I simply need to get out of my own way and lean more into the “yes and” so I can see what God has next for this Rebel Storyteller.

I have a feeling this won’t be the last time I need my passport to get out of my comfort zone. And I look forward to “heightening and exploring” what could be next.

So here’s to continuing the journey of “yes and …” Let’s see where this thing goes.

The Passport and I are ready and waiting.

Featured Storyteller
Harmony Hensley has a background in vocational ministry, para-church non-profits, design, sales and marketing, and has personally dealt with the stigma of disability. She has helped launch inclusion ministry initiatives in churches across the country and currently serves as the Senior Project Manager with Rebel Pilgrim Creative Agency, sharing stories that spark hope and action. She is also an Ambassador for 99 balloons, seeking to change the story of disability globally. Harmony is a sought after speaker, having spoken at national conferences such as the Accessibility Summit, Engage, Orange (2011), the NACC (North American Christian Convention), Through the Roof (Joni & Friends), SOS (Summer of Service), Be the Difference (anti-bullying program in public schools), and various churches across the country. She also consulted with the Tim Tebow Foundation for their “Night to Shine Prom” outreaches in 2015. Harmony holds a dual degree in Ministry Leadership and Biblical Studies from Cincinnati Christian University and has also previously consulted with Key Ministry, as well as Christian Churches Disability Ministry. She is a contributing writer for Rebel Storytellers and lives in Cincinnati, Ohio with her husband Skyler, and son Ransom.