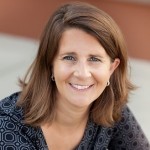 Since we’re in the storytelling trade around here, I’m probably supposed to hate spoilers. Most people who love stories hate spoilers. People want to get lost for a while in a narrative. They enjoy the suspense of well-told stories. It’s why we offer so many spoiler alerts these days and why we can’t talk about the endings of movies or shows until a minimum of 25 years have passed.

The other night I started watching Broadchurch. It’s a BBC mystery-murder series. It’s only eight episodes long so I thought I might be able to watch the whole thing without looking up the ending. I was wrong. After the first episode, I was filled with tension and anxiety and I desperately needed to know who killed Danny Lattimer. So I let the www tell me everything that was about to happen and I watched the rest of the series in peace.

(Just FYI: In case you think you know the end of this post and that it’s about how love wins in the end so everything is fine, it’s not really about that.)

Here are a few reasons why I love spoilers these days:

-Real life is crammed with a thousand mysteries a day. Some are entertaining and some are excruciating. The internet cannot answer any of them.

-Real life people are often incredibly complex characters whose lives take twists and turns that I hardly ever see coming. As I give more time to knowing and loving and listening to them, I have less and less room to give the scripted mysteries onscreen.

-Many real life narratives will not end in my lifetime. The world will keep rolling, trembling, fighting, shining, and singing long after my series finale. This idea is thrilling and terrifying all at the same time.

Meanwhile, on the days when I want a spoiler to the end of the world, or at least the end of some social ill or disruption, I remember these fantastic words from the prophet Jeremiah to his friends in exile with no end in sight:

“Build houses and live in them; plant gardens and eat what they produce. Take wives and have sons and daughters; take wives for your sons, and give your daughters in marriage, that they may have sons and daughters; multiply there, and do not decrease. But seek the welfare of the city where I have sent you into exile, and pray to the Lord on its behalf, for in its welfare you will find your welfare.” Jeremiah 29.5-8

In other words, when the stories of life, and the internet, and the news, are fraught with tension, and you feel like you are exiled from anything resembling a home, and when fear drives your search for answers, do this:

1. Make a home.
2. Love your city.
3. Know that your life, for better or worse, and eventually the best, is inextricably tied to your neighbors.