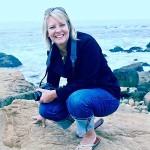 I haven’t had as much time to write as I would like, because: Summer + three kids. (Can I get an amen?) Thanks to the TimeHop app on my phone (I’m addicted!) I am able to see what I was doing, thinking and writing on any given day up to seven years ago, which is when I joined Facebook.

This morning TimeHop shared the following little gem with me. This is a post I wrote for a blog I had called “Confessions of a Pastor’s Wife,” back when my husband and I were in the thick of church planting, adopting babies and living in community. When I read the post this morning I was struck by the fact that even though those babies have grown into “tweens”, the community house is in it’s 4th or 5th iteration and the church has long since closed it’s doors, some things remain the same.

Two nights ago I was awake for nearly 3 hours in the middle of the night. I could have written this same post the next morning.

When I can’t sleep at night — which lately has been all too often — I toss and turn and fade in and out and all the while I think of Colombia.

I think about the flowers and how they are always in bloom there. I think of how the sky is bluer than any other place I have ever known. I think about the constant crowds of people, the food, the sounds, the energy. I start to smell cilantro.

I think about how this place, these people and children, have invaded my soul. I wonder if I will ever be able to separate myself again even if I wanted to, which I do not. I wonder why God sent me there. I wonder why he keeps me awake at night thinking of a place I can’t get to without a day-long commute and a stack of money I never seem to have. I wonder what will come of it all.

Colombia has shaped me in ways I am yet to discover, like underwater currents constantly running below the surface, forming caves and caverns that will be there for eternity.

When I can’t sleep at night, I think about Colombia.